Delighted to say that for our Christmas Special we have put together a truly exciting show for you that will rival the Nile Rogers Glastonbury 2013 spectacular with Chic!  Don’t believe us?  Well, read on….

The High Wasters are a bunch of hot steppin’ groove meisters who get right down on it. And I mean ALL the way baby.. Formed when a bunch of funk orientated freaks happened to hook up by chance at a Donna Summer memorial disco in Amsterdam, they immediately pledged to uphold the Groove until the very last beat EVERY TIME THEY HEARD A COUNT IN!!!!

By the time they got back to the UK they were a hyper-distilled tornado of raw Disco Energy blowing through city after city, stopping only to lay down some Disco Action wherever people wanted – no, NEEDED – to get down and boogie.

So now these heroes of hep are bringing their latest show ‘Grand Theft Disco’ to Letham. They couldn’t do it in Dundee due to copyright issues…!

In fact, the band consists of top flight session musicians who have played with artists as diverse as Del Amitri, Deacon Blue, Lloyd Cole, Eddi Reader, The Leopards, Vic Godard, Love and Money, The River Detectives, Fay Fife, Paul Haig, The Kissing Bandits and many more.  Check out their recent appearance with Lloyd Cole on Jools Holland

But they all agree, their true calling is to lay down the groove, to get down and dirty, to ramp up the jive to fever pitch, to get everybody to clap their hands and stamp their feet….  at the D.I.S.C.O. !!!!! 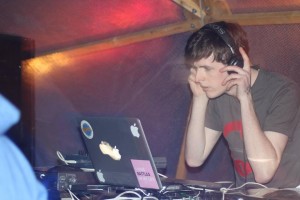 And as if that wasn’t enough to make your head spin, we bring you DJ Papier Mâshup, a veritable magician of mashup, to keep you moving on the dance floor ALL NIGHT LONG!

So trust us! Book your tickets now, then get on down to Letham Village Hall on Saturday the 14th December.  Leave the rest to us…

Get your tickets here

GET READY TO BOOGIE YOUR ASS OFF TO SOME OF THE HOTTEST DISCO GROOVES ON THE PLANET!!

Don’t forget that the Clap and Tipple bar will be on hand to quench your thirst and soothe your tastebuds together with the Doorstep Bakery with some Christmas bready snacks!