Prepare yourselves for Love, Libation & Liberation from… 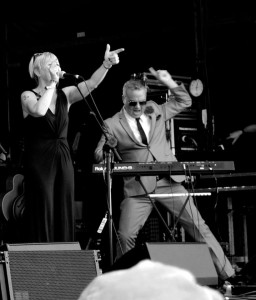 Oh my goodness me!  We have waited a long time to bag ourselves some funk at Letham Nights and lo and behold we have finally done it – and in style!  For your delight, we have booked one of the most funky, soulful, dancetastic bands in the land – The Cut Throat Razors.  Based in Glasgow, this 11-piece (yes, I know – ELEVEN piece) band, deliver a big punchy sound, evoking ska, funk, soul and blues. Their self-penned songs of love, liberation and libation are theatrical, comical, political and melancholic. With a fantastic energetic live show they have graced the stages of Wickerman Festival, King Tuts and 02 ABC Glasgow.

Just picture the scene at Letham Village Hall – All 11 band members on that stage, complete with funky horn section, and everybody – yes, EVERYBODY! – up on the dance floor.  You won’t be able to stop yourself!  Listen to this clip and tell us we’re wrong!

Opening the show will be the wonderful Miss Irenie Rose… 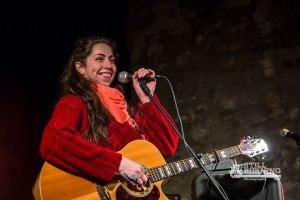 Miss Irenie Rose, a young artist from the Isle of Lewis, has always been surrounded by music and musicians and was raised in a strong Scottish folk tradition.  While rooted in this background, her songs and style transcend folk, reaching out to other influences and genres.  She has the feel of Joni Mitchell and her creative use of loops brings a richness and depth to her performance.  She has supported both local and touring artists, played festivals across the country, and made multiple radio and television appearances.  In early 2013 she took part in a documentary about Celtic Connections presented by Julie Fowlis and was nominated for best newcomer in the Scottish Alternative Music Awards. Irenie also reached the semi-finals of the Radio 2 Young Folk Musician of the Year Awards 2014.

We know you will love her!

So there you go – another fine line up for Letham Nights.  Get booking!