Letham Nights 61 – She’Koyokh and The Banana Sessions – The Review 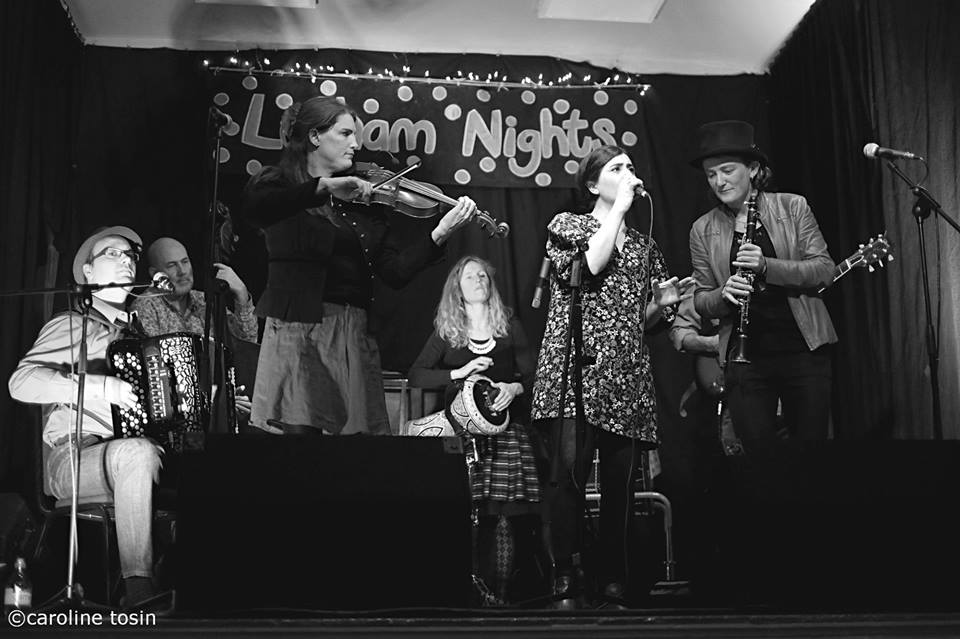 Please clear your diaries for the next ten years. If this was anything to go by the next sixty editions of Letham Nights are going to top anything the world of entertainment has ever seen!

Hype, moi? How very dare you. Letham Nights 61 was a cornucopia of fruit based musicality and mayhem. A pomological dreamscape of raspberries, bananas, hops and who knows what. Two acts full to the brim with potassium, fructose and vitamins A, B and C, delivering a sweet sharp melange for the senses. On we go… 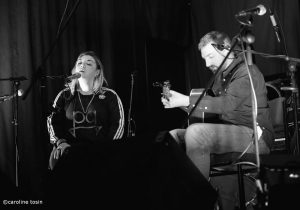 Old friends of Letham Nights, The Banana Sessions, opened for us, and what an intimate and appeeling treat it turned out to be. Roberta Pia and Callum Wood first met over a mutual affection for tea and bananas and have ever since been attempting to save the world using nothing but guitars, stomp boxes and good vibes. With lively, uncontrived banter, sweet vocals and song subjects ranging from the colour green to ripped up pics of SuBo presented to them in backwater boozers, you can’t fail to be charmed by this band. Usually travelling with a drummer but flying duo for this tour, they nonetheless filled the hall with bonhomie, bon mots and made us all that bit more bon vivacious. Bons moments, indeed! 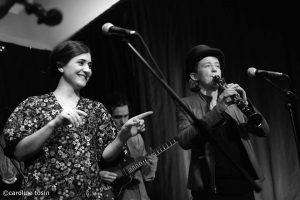 What can you say about She’koyokh that hasn’t been said before. Yes, they are flip-hot players. Yes, they have character and charisma by the bucket load. They’re also thoroughly nice people and good eggs, to boot. Packed to the gills with virtuosic gypsy mischief, they are bone fide mirth-makers of the highest order. Fitting us in between dates with the Scottish Symphony Orchestra, it was a chance for them to mingle with the more earthy manners and aromas of our musky fold. And did they ever? She’koyokh are every inch the co-operative and would, I’m sure, demur at any talk of front-persons. That being said, Çigdem Aslan leads the vocal line like a Turkish trobairitz. What a voice! From deep Billie Holiday notes to great emotional crescendos containing all the heartbreak of the world, you cannot take your eyes or ears off of her. Meanwhile, pumping away beatifically on the button accordion and chipping in with songs about raspberries (psst, he’s not really singing about raspberries), Živorad Nikolic is every inch the Serbian maestro (and if you have a five year old around the place, he’s happy to have a chat and show off the buttons – what a guy!). Understated, but by no means underappreciated, Christina Borgenstierna beavers away at the back, vivifying myriad mysterious percussion devices; her woodpecker fingers hammering at the skins of that most ancient family of instruments. Over on guitar, meanwhile, Matt Bacon chukka- chucks, wakka-waks and kerrangs his way through rhythm licks and crafty runs like a six-string Adonis. He is also very adept at the recorder! From six-string sass to four-string class, Meg-Rosaleen Hamilton scrapes away at her violin, gathering such pace that, I kid you not, smoke can verifiably be seen rising from her bow. Susi Evans (a.k.a. The Pied Piper of She’koyokh) snake-charms her way through the set with clarinet so hot you could fire ceramics in it! Vigour, ladies and gentleman, and vim were the watchwords.

Not forgetting the engine room, where Big Paul Moylan toils away there in the bassment, thrumming his way expertly through the combined musical legacy of half a continent and never letting it go down.

What a night, what a noise, what a gang!